The Rhode Island Marine Fisheries Council (Council) is established in accordance with Rhode Island General Laws (RIGL) Chapter 20-3. The Council serves in an advisory capacity to the Director of the RI Department of Environmental (DEM) and/or other state agencies on the planning, management, and regulation of the State’s marine fisheries. The Council is specifically charged with providing recommendations to the DEM Director on proposed management plans and regulations pertaining to marine fisheries, including commercial and recreational licensing. The Council is also charged with providing advice to the RI Coastal Resources Management Council (CRMC) regarding aquaculture lease proposals, namely, their potential impact on wild-harvest fisheries. The DEM Director, per RIGL Section 20-1-5.1, and the CRMC, per RIGL Section 20-10-5(d), must request and consider in the record, as applicable, the advice received from the Council while rendering final decisions.

The Council operates pursuant to the Administrative Policies and Procedures of the Rhode Island Marine Fisheries Council, adopted September 13, 2016.

The Council meets on an as-needed basis, typically about six times per year, and typically on the first Monday of the month at 6 pm at the University of Rhode Island’s Narragansett Bay Campus in Narragansett, RI. Meetings are held within a month after public hearings to enable the Council to provide timely recommendations to the DEM Director on proposed regulatory amendments. The meetings also afford opportunities for public input and comment. Additional meetings are held whenever issues arise that require advise from the Council. Agendas and meeting materials are noticed on the Secretary of State’s website and the DEM Division of Marine Fisheries webpage. Meeting materials are provided in an electronic “ePacket,” prepared by the Division of Marine Fisheries, and made available to the public prior to the date of meeting. The Division provides all administrative support to the Council. The meetings are recorded, and the recordings are posted on the Council’s website soon after each meeting.
Past Meetings

The Council reports annually to the Governor and the RI General Assembly for the preceding calendar year with regard to:

Annual reports are posted on the DEM Division of Marine Fisheries webpage.

Dave grew up on the water and has been fishing, shellfishing, sailing and power boating all his life. He held a scallop license on Nantucket for 15 years, where he scalloped recreationally during the fall and winter months. Dave holds a masters captain’s license and works as a charter fishing captain and guide for his company, No Fluke Fishing. Capt. Monti is the fishing columnist for the Providence Journal, The Sun Chronicle daily in Attleboro, MA and writes for ten weekly newspapers. He also is a regular contributor to the RI Saltwater Anglers Association (RISAA) monthly newsletter and the Marine Fish Conservation Network blog. Dave writes about the environment, fishing policy, regulations and ocean issues such as spatial planning, ocean wind power, climate change as well as fishing tactics and conditions.

Dave serves as 2nd vice president for the RI Saltwater Anglers Association (RISAA), the largest recreational fishing association in the northeast with over 7,500 affiliated members, is an active member of the Rhode Island Party & Charter Boat Association and this year was appointed a founding board member and audit committee chair of the American Saltwater Guides Association.

Andy graduated from Colorado State University in 1973 with a Bachelor of Science degree in wildlife biology, and obtained an Associate degree from URI in 1975 in Commercial Fishing and Marine Technology. He participated in the commercial swordfish fishery (harpoon) on the F/V Bob and Barry from 1976-1977, and became a party boat operator in the F/V Julie C. and Super Squirrel from 1978-1981. He has been the Headboat Operator of various recreational boat operations. From 1981-present he has been the owner/operator of Maridee Inc. running recreational and charter fishing trips out of Point Judith mainly in the waters of RI sound and around Block Island, where he operates party boats for Cod and Tuna. He is the current treasurer of the RI Party and Charter Boat Association which he has been elected to for the past 20 years. He holds a USGS Master of Steam or Motor Vessels license (under 100 gross tons). He currently serves on the CRMC’s Fishery Advisory Board.

Ms. Eagan has been a lifelong RI commercial fisherman. She began working with her father, also a lifelong RI commercial fisherman, as a young girl, and obtained her first Student Shellfish license at age 11. Throughout high school and college, she worked as a deckhand in the quahog fishery during the winter and in the lobster fishery during the summer. Since 2008 she has worked full-time as a commercial fisherman, participating year-round in various fisheries in and around Narragansett Bay utilizing various gear types. She is the owner/operator of a 24-foot vessel she uses primarily for harvesting shellfish (whelk, quahog, soft-shell clams).

Katie has served on the RI Marine Fisheries Council’s Shellfish Advisory Panel since 2013, and she is on the Board of two organizations: Eating With the Ecosystem, and Save Bristol Harbor. She has been actively involved with several fishing-gear-technology studies conducted through DEM, URI and RI Sea Grant.

Ms. Eagan earned her B.S. in Marine Affairs from URI, majoring in coastal marine policy and management, with a minor in fisheries.

Michael A. Rice, Ph.D. is a professor of fisheries and aquaculture at the University of Rhode Island and former state representative from South Kingstown. His academic research interests are in the area of environmental physiology and ecology of bivalve molluscs, and he has further research interests in the field of aquaculture locally and internationally. His major contributions have been the demonstration that bivalve molluscs have the ability to absorb amino acids directly from seawater as a nutrition source, and that bivalves serve an important role in mediating the cycling of nitrogen and other nutrients within marine ecosystems. Additionally, he has studied the effects of shellfishing on the population ecology of bivalves. His research has led to refinements to the practice of managing shellfishery resources in coastal waters, estuaries and marine protected areas.

Jason Jarvis hails from Westerly, RI. His family history in the maritime/fishing industry began in Mystic, Connecticut where his father, Henry B. Jarvis, was the master shipwright at the Mystic seaport for 30+ years. Jason has 20+ years of experience as a commercial dragger, gill netter, rod and reeler, and shellfisherman, and as a crew member in the for-hire sector. He has also fished recreationally for his entire life. He currently owns and operates his own small commercial fishing vessel, based in Westerly. He has participated in the Marine Resource Education Program administered by the Gulf of Maine Research Institute – completing the MREP 200 Program with other members of the commercial fishing industry -- and he serves on the Board of Trustees for the Northwest Atlantic Marine Alliance. He has spent countless hours researching information on fisheries science and management. Jason has great respect for the ocean resources of Rhode Island and the U.S. and prides himself in his ability to facilitate dialogue among the various and often competing interests in the fishing industry. 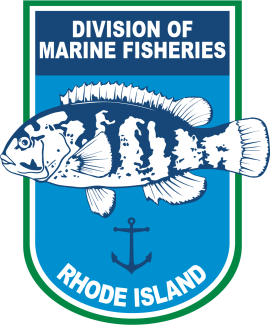 Clicking on the button above opens an email message. Send the email message to sign up for the Listserve service. Messages will be sent to the email address from which your message was sent.